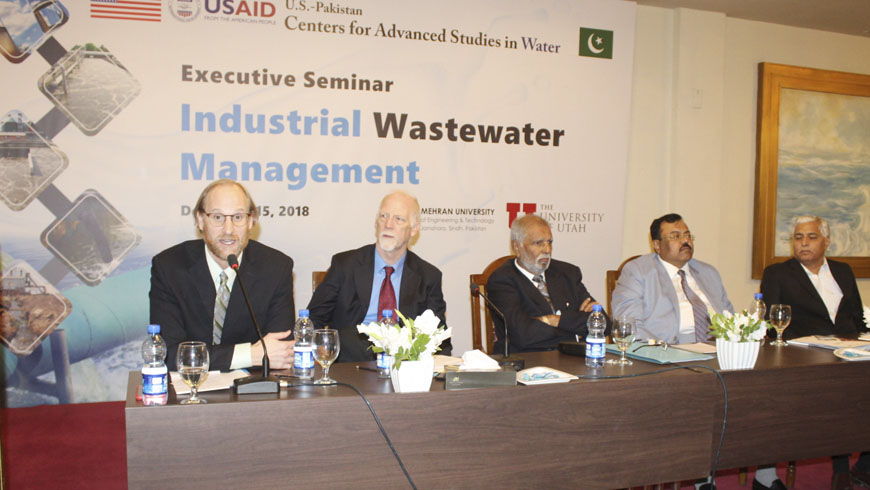 Justice (retd) Amir Hani Muslim said that in accordance with the rules & regulations the industrial units have the obligation to have the treatment plants. He said that all the industries have the obligation that all the discharge effluent have to be treated at the industrial units primarily. He said this while speaking as Chief Guest in the first session at a seminar on Industrial Wastewater Management, organized by U.S.-Pakistan Centers for Advanced Studies in Water (USPCAS-W), Mehran University of Engineering & Technology (MUET) in collaboration with University of Utah, USA supported by U.S. Agency for International Development (USAID), on Saturday.  He pointed out that before the formation of judicial water commission there was no treatment plant installed in any of the approximately four thousand industrial units in the province.

He told that 450MGD untreated water was being drained into the sea directly. It was the Judicial Water Commission that compelled the provincial and federal authorities to install treatment plants, he added. He further told that after the directions of the commission now through a treatment plant 70-80MGDwater is now being treated. By June 2019, another treatment plant with a capacity of treating 100MGD water will start functioning’ he told. Justice (retd) Amir Hani Muslim told that Karachi Port Trust has also committed to installing a treatment plant with a capacity to treat 100MGD water. Furthermore, another plant in a span of two years’ time will start operating, he mentioned.   He said that mismanagement is one of the prevailing major causes of the water crises in Sindh. He said that approximately four thousand industrial units are operating without effluent wastewater treatment plants in the province.  The Chairman said that all the industrial units have been directed to install treatment plants at their units without ado.

Justice (Retd) Amir Hani Muslim said that industrial units would have to be made accountable with the purpose of controlling untreated wastewater effluent in the province. He said that industrial pollution is hazardous for the people of the province and also for the marine life and needs not only to be monitored by the stakeholder together properly and effectively but also find out the sustainable solution for this nausea.  He said that the water crises of the province are to be resolved at the earliest and the commission has tried the level best to put all the efforts jointly to resolve the issue.  He also stressed on the effective work should be done for the solid waste management which also causes wastewater like situation around the living areas throughout the province. Addressing the USAID Acting Mission Director Sindh and Balochistan Mark Sorensen said that USAID is always supported the research and academic activities in Pakistan to find out the way forward for the persisting problems like water, energy, and agriculture. He said that the seminar will pave the way for networking, collaborative efforts and teamwork to improve the management of wastewater treatment in the province. He further said that USAID funded MUET Water Center has committed to producing the quality graduates which will ultimately engage themselves to resolve the water crises in the country. MUET Vice-Chancellor of Dr. Mohammad Aslam Uqaili said that four years ago USPCASW was established with the generous support of USAID and the Center is primarily producing the water experts based on the latest curricula, state-of-the-art laboratory facilities to resolve the water issues of the country. He said that since without the quality graduates, reliable and tested data, one can resolve any related issue amicably. He informed that out that 35 sugar mills in the province are operating without any treatment plants which cause various water and environment issues, the community has to face badly. He further assured his full support as on academia can do for the sustainable solutions for the community across the board based on applied research.

USPCAS-W Project Directors Dr. Bakshlal Lashari from MUET and Dr. Steven J. Burian from University Utah also spoke in the first technical session regarding the research efforts are being made by the Center. Sindh Minister for Climate Change, Coastal Development, Information, Science and Technology Nawabzada Muhammad Taimor Talpur speaking as a chief guest in the second session said that to tackle any issue the focused way forward works like a torchbearer, same is needed to improve the management for wastewater treatment in the province. Quoting that future world war was being fought on the water so water is a very much precious commodity the human being has but it is diminishing day by day. He said that instead of using the shower for 5 minutes all of we misuse it for 20 minutes. He said that instead of environment-friendly we become habitual of using anti-environment practices like plastics, the vehicle having higher emissions, wasting water in great volume. Quoting that Government is for the government, of the government, and by the government. He said before water commission the SEPA was working without any guided direction but now due to efforts of Justice Amir Hani Muslim, the agency is on its better way. He said that educated people should come forward which are the focused group have to work ahead to resolve the problems faced by the people.

The US-Pakistan Center for Advanced Studies in Water, MUET Jamshoro organized a Dialog on Water SDG6: Challenges and Opportunities

USPCAS-W organized a “focus group meeting” on 29 December at Karachi, in collaboration with Korangi Association Trade and Industry 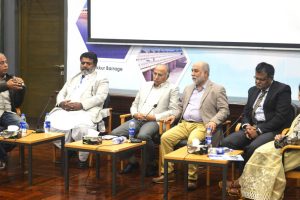 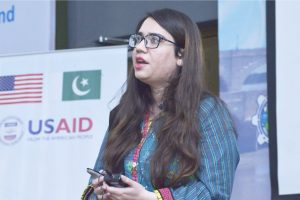 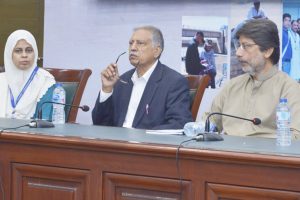